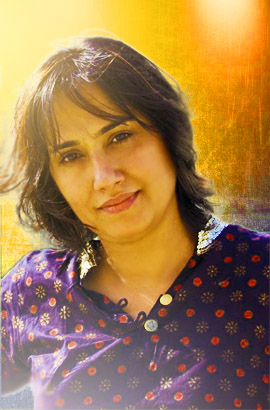 Ritika Sahni, a gold medallist, Masters in Music from Rabindra Bharati University, Kolkata and Bachelor's Degree in Deaf Education (B.ED) from AYNIHH, Mumbai is a playback singer, stage artist, actor, television host and a producer of original music for music, while being an ardent disability advocate and founder-trustee of NGO Trinayani. https://trinayani.org.

Over the last three decades she has donned many hats with élan, doing justice to each one of them. Most importantly, she has taken her multi-disciplinary strengths to synergize her individual passion and dedication for music and disability advocacy.

Having trained in various genres of music since an early age, she spent her formative years in Kolkata. Her foray into the music arena was marked by 'title songs' sung in Hindi and Bengali for various serials. Her debut album of original Bengali songs "Chena Shukher Khonje" (in search of known happiness) was released by HMV in 1997, and is still sought after by discerning music lovers.

She is Sony Music's debut female artist in India who released her album titled "RITIKA".
This led her to have a national footprint in the vibrant Indi-Pop scene aided by her interviews and appearances in music and news channels. Playback singing followed naturally and she has to her credit hits, most importantly the song "Tumse Mili Nazar" from "Main Madhuri Dixit Banna Chahti Hun" and "Oh What a Babe" from "Rakht". 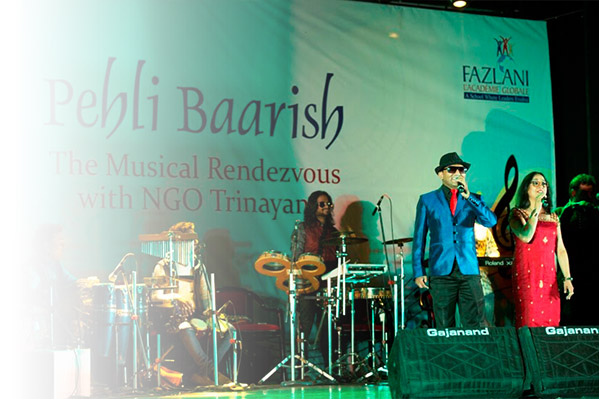 Though entrenched in the music scene, she continued to be part of national and international projects in the area of disability studies. Her work in the field of disability awareness was noticed and appreciated by various organizations paving the path for her being invited to 3 week 5 city International Leadership program in the USA in 2007. With 30 years of experience in the disability sector, she is sought after trainer and consultant in disability inclusion, spearheading diverse advocacy initiatives of her NGO Trinayani which she founded in 2006.

Early on in her journey she realized the need to garner the power of music towards the education of children while making the content entertaining. She creates and produces original multilingual albums. These albums along with the performances/workshops she curates with and for children work as great fun-learning tools at schools and NGOs.

Keeping her love for stage and theatre alive, she continues to host shows on television and act in stage productions. Some of her known shows are 'Tarana', 'Musikal', 'Ei Tow Shudhu Gaan Noy', 'Antakshari' and 'Naya Zamana' on Zee.

These deep, diverse, multidisciplinary experiences is her core strength that allows her in this post pandemic global village scenario to continuously adapt, improve and innovate her wok in the music and disability advocacy fields.

Ritika founded the not-for-profit NGO Trinayani in 2006 which works untiringly for the cause of Awareness about the world of Disability and the promise of Equality for "people with disabilities". Under the banner of this NGO, Ritika along with her team of self advocates, volunteers and professionals, designs and conducts holding interactive infotaining workshops, creates informative radio shows, films, books, stage plays, games and relevant advocacy exercises to propagate awareness pertaining to disability.
for more info visit: 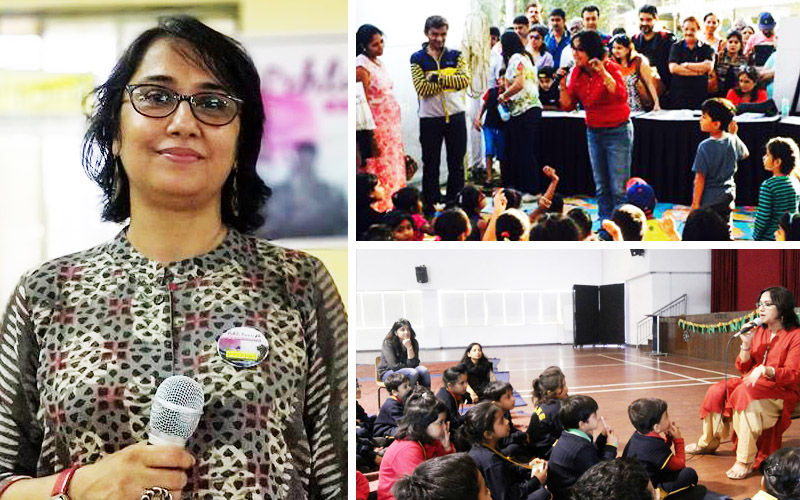